Our staff members are available to help you out with any issues you may be facing!

Our middlemen will help you out when you want to safely buy or sell RSGP, feel free to PM anyone on the list below!

There are no middlemen online.

Thanks to our generous voters that vote daily to keep us high on our voting lists!

Start your journey today! From our detailed sklling to our perfect combat system that matches the smallest details you can imagine. OSRS trading allowed, staking, and active gambling zone with 5 different modes including Blackjack!

You can also check out our Media page for more information about the server features.

- Fixed a bug causing NPC's to sometimes become invisible in the Slayer tower and some other locations.

- Fixed an issue with Blast furnace causing the conveyor belt to stop moving after adding many ores.

- Fixed a bug causing the server to crash after being online for many days, including general lagg.

- Significant improvement on the server performance grade work which should make everything smoother.

- Fixed dropping hunter traps on the ground and scanning for overlapping objects.

- Mysterious man event will not happen in any instance including the fight caves.

- Fixed an issue with Duel arena where sometimes you spawn in the offset and cannot move.

Happy Easter! We hope that everyone enjoys this holiday weekend spending time with their family, friends and loved ones. To show our appreciation, we are doing a big giveaway for all of you. We are giving away a grey ankou set to 1 lucky winner. Make sure to sign up on our discord in the giveaways section. 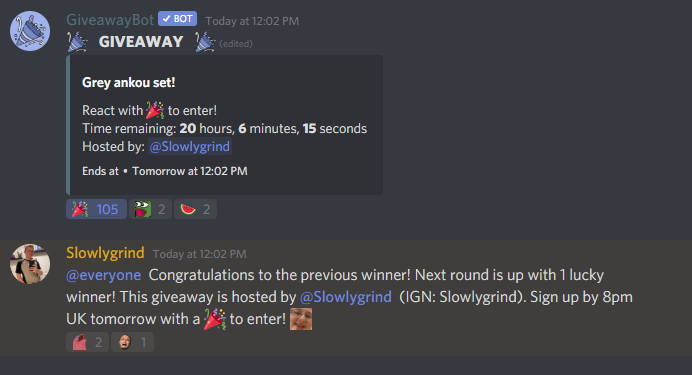 In addition, we have also just released a new update today

- Charged items now move their charges when being transferred to another item (Ex. Magma Helm).

- Anti botting events will no longer occur during a minigame under certain circumstances.

- You now face items when picking them properly.

- Fixed broken skull mechanics that were reported by players.

- Fixed some broken items costing a lot of Blood money for repairs.

- You can now pick up all s